MOOCs are becoming mainstream in Europe? 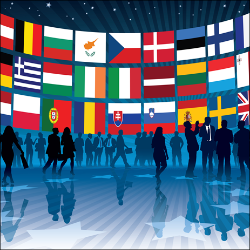 The EADTU report Institutional MOOC strategies in Europe presents and analyses the results of a survey conducted by the HOME project between October and December 2014. It presents data on the perception and objectives of European higher education institutions on MOOCs and the main drivers behind the MOOC movement. In addition, the report makes a comparison with similar studies conducted in the United States in 2013 and 2014.

Throughout this report we observe big differences between US and EU education institutions. Not only are European institution more involved in MOOCs than the US, and the number of European institutions with MOOC involvement is rising, but MOOCs are also perceived as a sustainable method for offering courses in Europe. It seems that in Europe the institution are increasingly developing a positive attitude to MOOCs and have positive experiences for the added values of MOOCs.

The HOME project is carried out with the support of the European Commission, DG EAC, under the Lifelong Learning Programme, however, sole responsibility for this website lies with the EADTU and the Commission is not responsible for any use that may be made of the information contained therein.