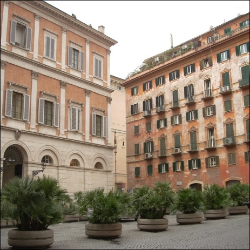 The EU-funded HOME project , coordinated by EADTU, organises the conference “WOW! Europe embraces MOOCs” which will take place in Rome on the 30th of November. The final programme is available online. Like last year we will present the first results of this year’s survey on strategies of Higher Education Institutions regarding MOOCs during the conference in Rome.

We are delighted to announce that the conference has received political attention, which resulted in speakers of the European Parliament and Italian Ministry. On top of that, we have moved to a much bigger venue (same location) and still have some seats available.

In addition, we offer the opportunity to write a short paper related to the conference themes.  We will update the conference programme regularly including more papers as they come available. All submitted papers will be reviewed after the conference. After improvement by the writers they will be published in an official report with ISBN number early 2016.

The HOME project already organised two successful network events. In November 2014 a conference ‘Mapping The European MOOC Territory’ was held in Porto. The Porto declaration was supported by many organisations, and the report “Position papers for European cooperation on MOOCs” was quoted several times. In June 2015 we held an online seminar and masterclass “How Europe seizes the opportunities offered by MOOCs”, organised as a pre-conference of EDEN2015, Barcelona. Like last year in Porto, experts from all over Europe will contribute to the this year’s conference “WOW! Europe embraces MOOCs”.

The HOME project is carried out with the support of the European Commission, DG EAC, under the Lifelong Learning Programme, however, sole responsibility for this website lies with the EADTU and the Commission is not responsible for any use that may be made of the information contained therein.